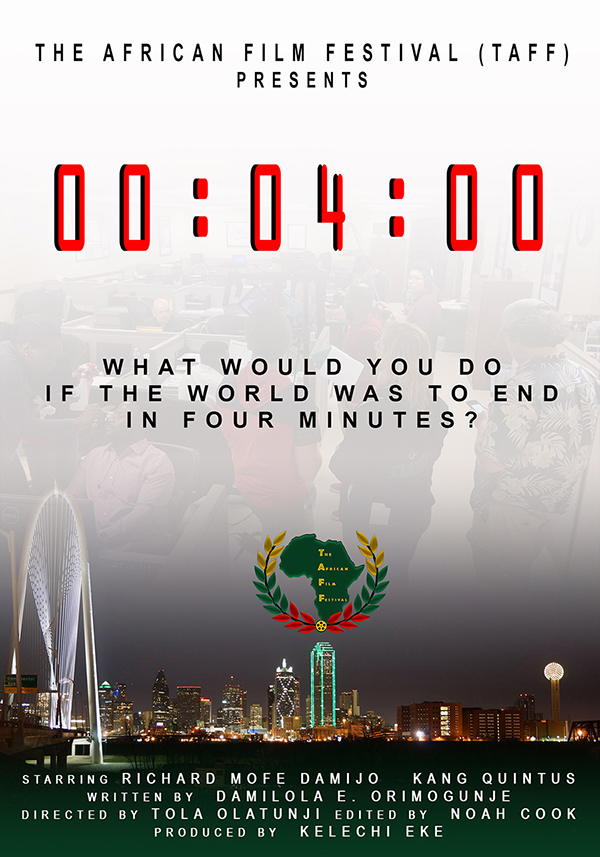 In a newsroom of Four workers (Angela, Phillip, Stan, and Mrs. Sule), a man walks in. It was in the middle of a busy hour for the workers – they are trying to meet a deadline for 4 PM.

The man pauses and calls their attention – they have no idea who he is. He says loudly “What would you do if the world was to end in FOUR MINUTES?” and walks away.

The workers ignore him and continue their work, only for them to see a countdown time of 4 Minutes on screen. A mystery. They try to break the countdown. The door is locked. No one can leave the room as they each begin to make confessions.

This film is a product of TAFF 2017 hands-on festival workshop project, where we shot, directed, edited, graded, and premiered the film on the closing night of the festival.