CID Paa Jon Williams returns to the police force after quiting seven years ago when his seven year old daughter disappeared. The new CID boss, Kukua Ocansey, makes him an offer he can't refuse when she admits the force just isn't as effective without him and "his ways" and also permits him to secretly investigate his own daughter's disappearance.
Genre: Drama 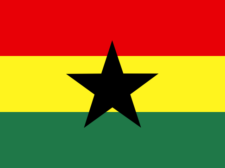