SYNOPSIS An African contemporary story of a handsome king who has two sons;Dimka and Ikenna. King's brother younger brother Okoro made Dimka the first of the king useless because he is interested to be the next king of the Okete Kingdom.Dimka being an Arrogant and stupid prince causing problems everywhere in the community. Tradition demands that Dimka's younger brother Ikenna who is in aboard will be the next king of Okete Kingdom; Ikenna who knows nothing about traditions, Dimka wants his death because he is interested in the story, his uncle Okoro wants Dimka death because he is interested in the throne. Then Conflicts began!
Genre: Family, Drama 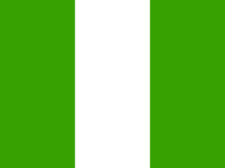