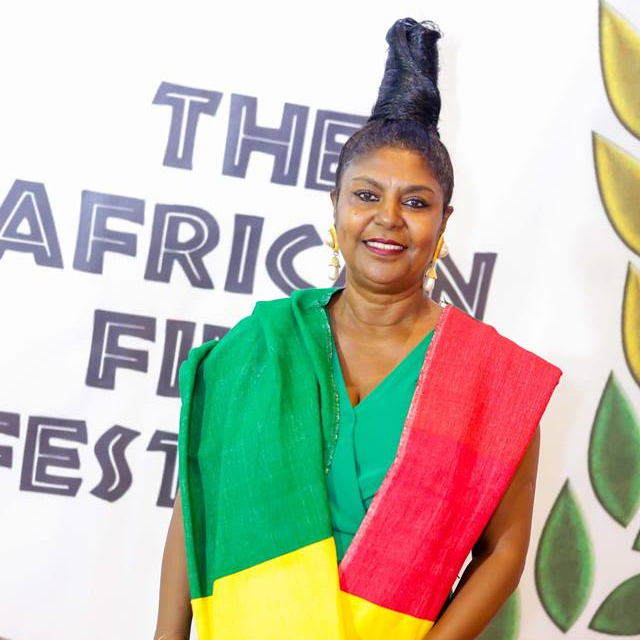 TAFF Ambassador, Yeharerwerk Gashaw has been influential in providing insight and advocating for the platform. Rewind to over two decades ago, and you’ll appreciate why this duo are a formidable force in reinventing the outlook of Africa to the rest of the World.

Yeharerwerk was the First Black Model to be showcased by Christian Dior and Guerlain in Paris in the Eighties as well as being the spokesmodel of Proline Hair Products in right here in Dallas. She then went on to rally to raise $100,000 in 1987, for the 105 year old Bishop College, a Black college with a representation of 450 African students in an effort to fight to keep their accreditation.

Ms. Gashaw also led the campaign to build a home in honor of Late Congressman Mickey Leland, who had died in fatal plane crash enroute to Ethiopia to visit Sudanese Refugees in Western Ethiopia. In 1990 25 acres were designated to build the Mickey Leland Orphan Children's Home in Addis Ababa Ethiopia. In addition to her activist roles, she was also involved in Theatre, Film and the Arts.

She featured as the first Black woman in the Popular Soap Opera ‘Dallas’. In 1988 she took up a role in a stage play ‘Backstreet’ in Dallas as an African woman married to an African American Hollywood music producer addicted to Drugs. President Bush recognized her campaign for the fight against drugs in a letter. She advanced her Anti-Drug campaign to Africa, meeting with President Mandela and President Mobutu in the 1990.

Yeharerwerk is the first African born , civil rights movement activist in Dallas Fort Worth since 1982 and was a strong "Clean South Dallas" activist. She was one of the organizers of the Million Man March while serving as an advisor to congressman Bernice Johnson, on African Advisory committee. Appointed by governor Ann Richard, she became the International Liaison for "Teach The Children" based in Austin, Texas. Yeharerwerk served as an advisor to Mayor of Dallas, Annette Strauss; and became the First chairperson for Friends of MLK Center Dallas, appointed by executive board. She became the first African celebrity to feature in the Dallas Morning News High Profile.

Yeharerwerk has been a strong advocate in emphasizing the importance of education among African women. “Beauty is a flower, it will fade, but education lasts a lifetime." Right here in Dallas she has had the honor of gracing the State Fair of Texas as the ‘Queen of State of Texas’ in 2000. Yeharerwerk Gashaw has worked extensively advocating for Africans with a number of African Heads of State and government officials.

One of her most memorable advocacy projects was in 1994 when she spoke up against the discriminatory words against the Super Eagles. The Nigerian national soccer team had identified Dallas, Texas as a practice venue. In lieu of the negative comments in regards to the Nigerian community, Ms. Gashaw was in the forefront to change the mindset of how the world viewed Africans. She was later nicknamed "Super Eagles Lady" and in the process of peaceful resolution, she became the first black woman selected to chair an executive committee in the World Cup (1994) to protect the interest of Africans in the beautiful game.